After the last update, I had a robot capable of performing SLAM, building 2D maps and localizing within a map using amcl. This weekend, I continued further and implemented the move_base package to complete the ROS navigation stack. Before I did that, I was exploring the navigation_experimental package and found the assisted_teleop node. This node uses the laser scan to create a local costmap. Using this costmap and input teleop commands, the node decides when the robot is too close to an obstacle and accordingly changes the teleop commands provided to the motor controller. For this, I had to modify my twist mixer node to accept three inputs - the original teleop commands, the remapped assisted_teleop commands and the twist messages from the move_base. Using the PS4 controller, I am able to switch between these modes. The following video shows the assisted_teleop node in action: 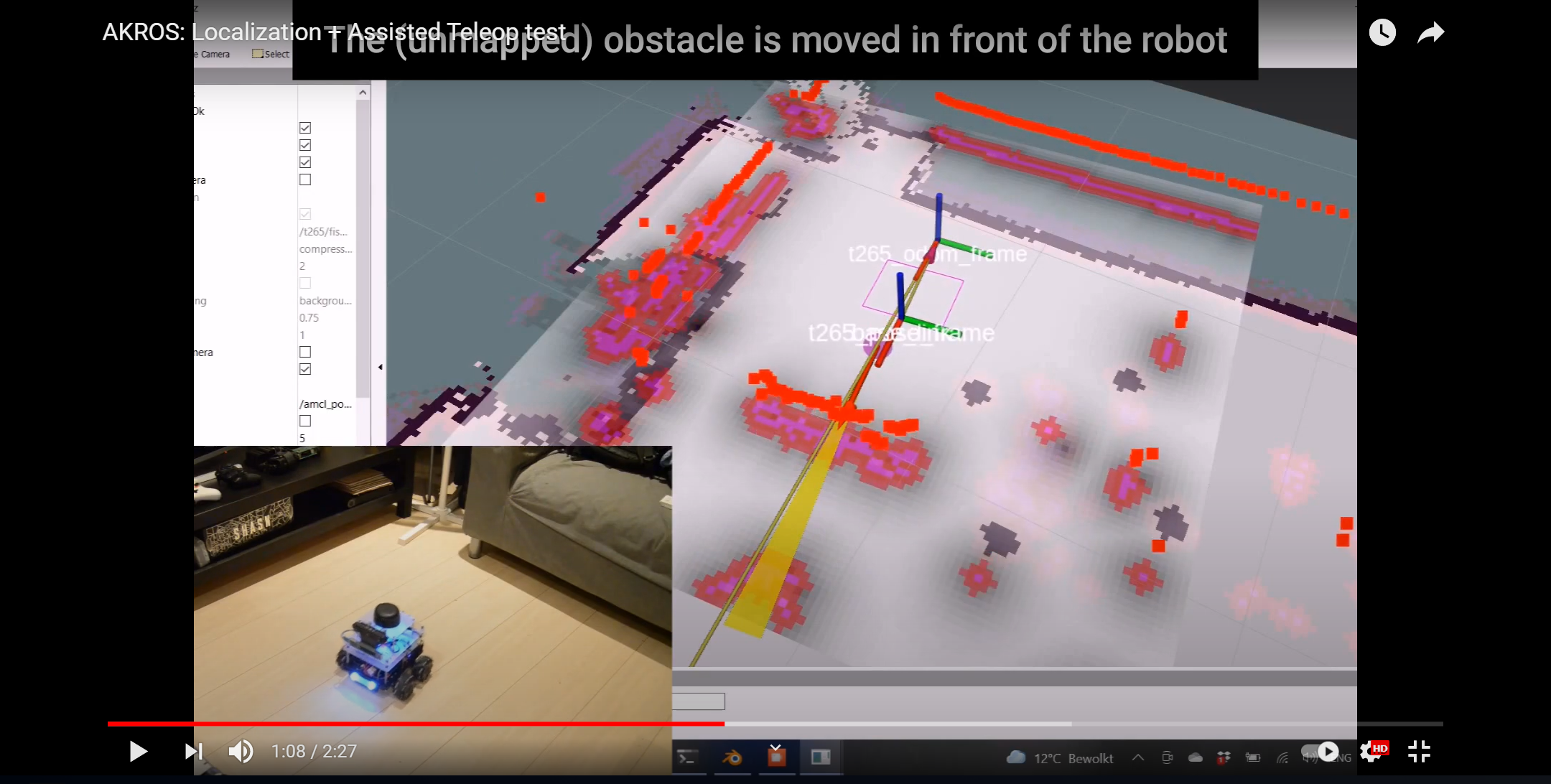 With the assisted_teleop done, it was time to implement move_base. I used the standard configuration with base_local_planner, global_planner and default recovery behaviors. I did have to modify some parameters like the linear/angular accelaration and velocity limits and the robot footprint. I also set the holonomic parameter to true, so that the local planner could generate twist messages for the robot accordingly. The video below shows the results of this first experiment, although there are still a lot of work to be done. 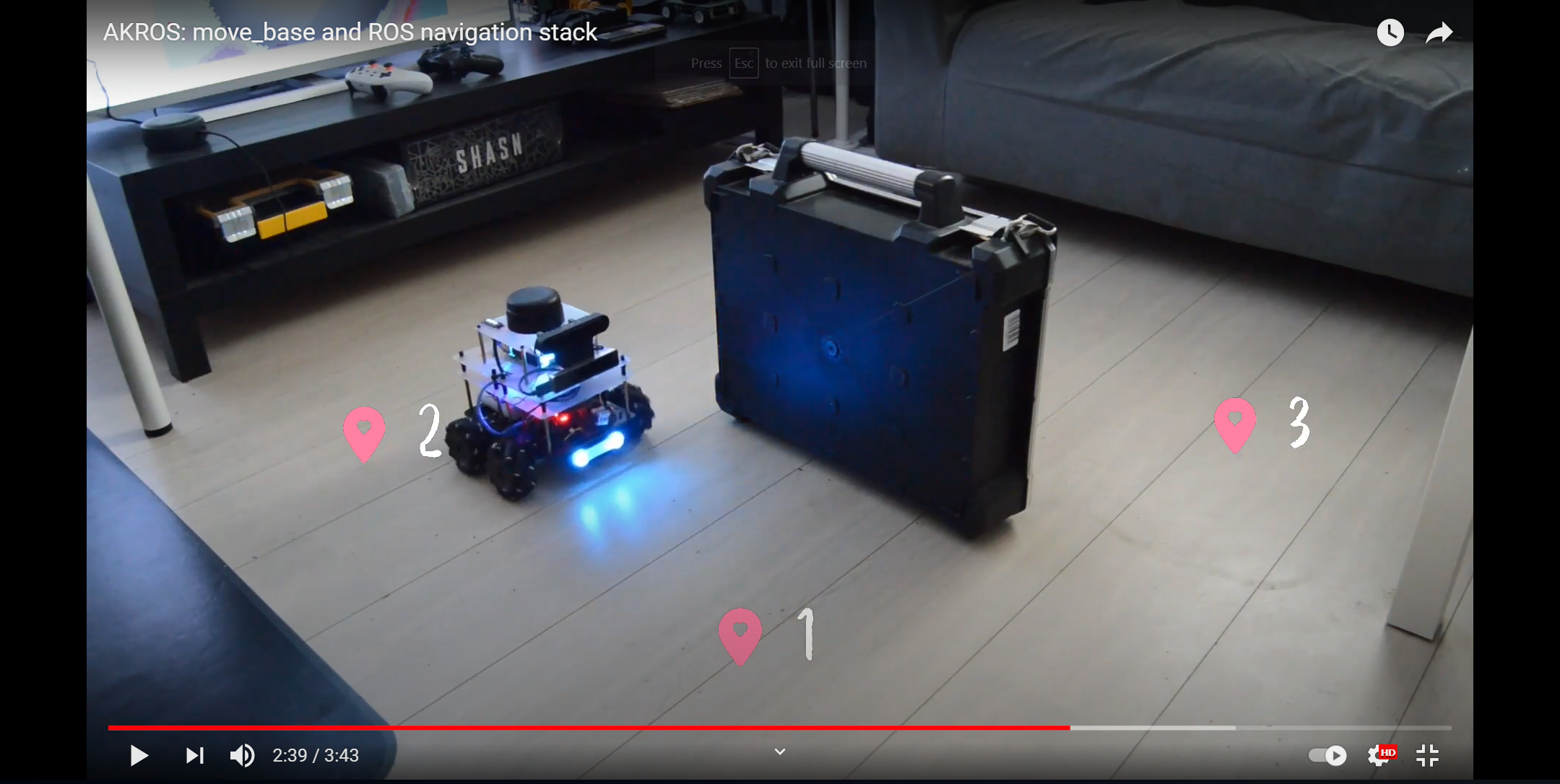 The move_base implementation is not complete yet, since I still need to fine tune the parameters. I also want to experiment with dwa_local_planner and teb_local_planner since I keep reading about these packages online. Meanwhile, I am also switching to a LD06 Lidar (since the RPLidar is needed at work), which I just received from China. I want to replicate the move_base implementation with this new Lidar. I have also backed the OAK-D Lite kickstarter campaign and am expecting to receive the camera in December. So, I will also be designing a new LD06 + OAK-D Lite mount to replace the current RPLidar + OAK-D mount. I would expect this to reduce the mass of the robot since the LD06 and the OAK-D Lite are considerably lighter than their counterparts currently on the robot.

The LD06 is a cute little lidar scanner that works just as well (if not better) as the RPLidar A2. Quite surprising because of its small form factor and a 100 USD price point. To attach the LD06, I first removed the RPLidar and temporarily hot-glued the LD06 to the existing base plate, while I design a new base plate for it. I also attached the USB adapter to the bottom of the plate using a glue gun. I used Alessio Morale’s LD06 ROS package to receive the laser scan on ROS. While the package is an excellent starting point, there are a few shortcomings, which I want to investigate..

But for now, Alessio’s ROS package is sufficient. Once I got it up and running, which took me less than a couple of minutes, the next step was to modify my current navigation stack to use the new Lidar. This involved updating the URDF file and remapping the laser scan output to the correct topic names. With this completed, I am now able to run all my demo launch files (SLAM, amcl, move_base) with the new lidar. As for my first impressions, the lidar seems to operate just as well as the RPLidar A2 - the created maps are of similar quality and I see no improvements/degradations in the performance of AMCL and move_base (I did not change any parameters). However, for some unexplained reason, assisted_teleop performs much better with the LD06.

For my immediate next steps, I’m learning about high-level behaviors, using FlexBE and BehaviorTree.cpp, both well known and commonly used packages for designing complex behaviors for robots. I plan on implementing small applications - like a goal sequence publisher for move_base and an alternate cmd_vel mixer/multiplexer using behavior trees. Alongside this, I will also try to fine tune move_base, and also implement the two local planners mentioned above. More updates next week.