Over the last few weeks, I’ve been trying to get the OAK-D camera up and running with ROS1 Noetic. My goal was to produce a RGB pointcloud from the incoming depth and RGB camera images from the OAK-D. I initially started experimenting with the depthai_ros package made by Rapyuta Robotics using the Gen1 API of DepthAI. In a few weeks, Luxonis, the makers of OAK-D and DepthAI released their own ROS package (depthai-ros) and I migrated to it soon after. This ROS package uses the latest Gen2 API and comes with an examples repository (depthai-ros-examples). The following images show the results of the stereo depth, RGB camera, and the L/R mono cameras as shown in RViz alongside the RPLidar scan data (I’m using the same URDF as described in the last post):

Fortunately, Luxonis is already working on a fix for this. Recently, they announced an update (pull request) to their core API with a depth-RGB alignment feature. This should solve all issues since I can expect a registered depth image directly from the OAK-D instead of registering it on the RPi. Meanwhile, just for visualizing, I overlayed the right camera image with the depth image using RViz as shown below. This is not a greyscale pointcloud being published but just a visualization created by RViz. I believe a greyscale pointcloud can be generated by using depth_image_proc/point_cloud_xyzrgb with the depth image and the right camera image.

For this month (April), I plan on going to the next step of the plan - RTABMap. Hopefully the Luxonis update is released soon and I can get an update on that front as well. For now, here’s a video of me playing with pointclouds on my laptop touchscreens (this is the perfect laptop config for ROS, in my opinion): 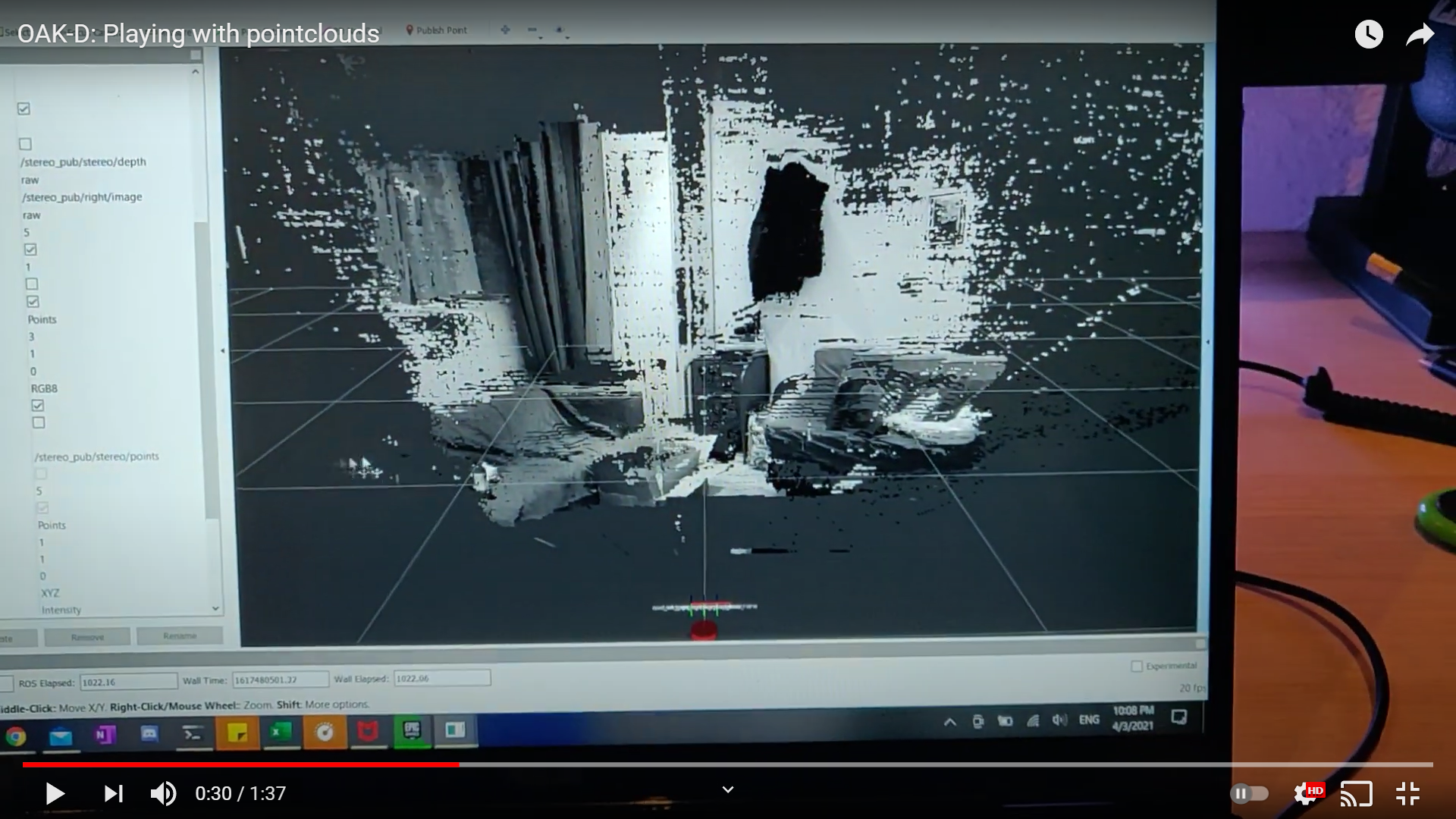